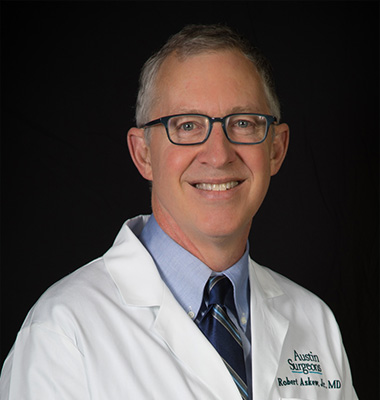 He has extensive experience in thyroid and parathyroid surgery including the minimally invasive radioguided parathyroidectomy.

He served with The American Cancer Society Board of Austin, the medical executive board of Seton Hospital and was the Chief of Surgery at Seton Hospital Main.

Dr. Askew is listed in Who’s Who of American Surgeons, US News and World Report “Best” Surgeons and America's Most Honored Doctors - Top 10%. He is named a “Super Doctor” by Texas Monthly Magazine.